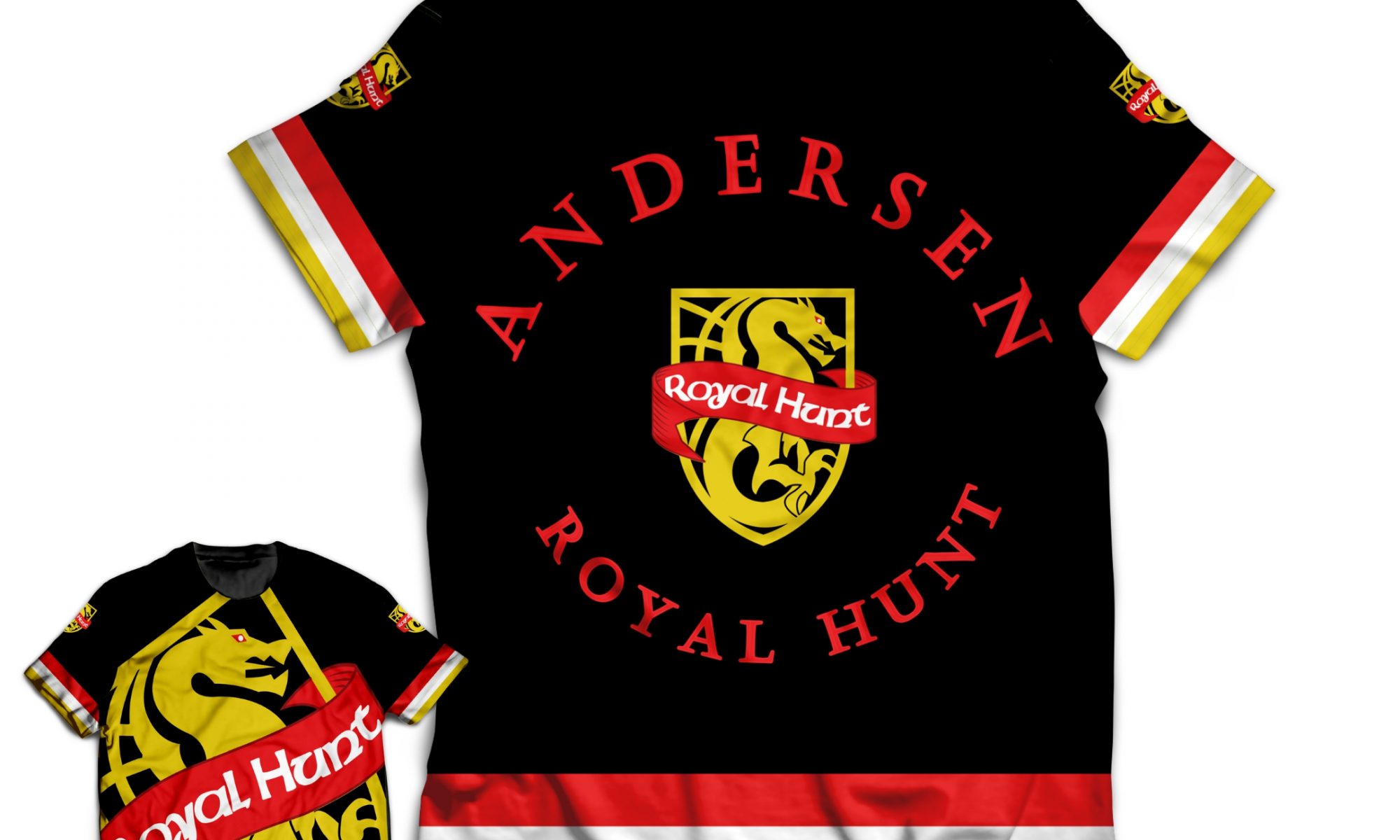 The band stated: “As everybody´s staying home with a very limited access to any kind of sport activities, we decided to poke a little fun on this whole situation by ordering some personalized team t-shirts… you know, the ones with your name on the back.

The original idea was to make one for each member of the band, but why – as our team reasonably asked – why not include some of our fans to the list?

Sure thing: follow the link below and become a member of our “can´t-get-out-of-the-house-but-at-least-I-got-a-smart-sporty-tshirt” team. Cheers!”

While ROYAL HUNT have isolated themselves in a studio working on the new CONCEPT album – their ENTIRE CATALOGUE has been released on digital download and streaming services like iTunes, Spotify, Amazon music, etc. More information and direct links can be found at royalhunt.com/discography

“…go ahead, have fun during the quarantine (and beyond) – listen and share with friends… Stay safe \m/” – say bandmembers on their Facebook page. 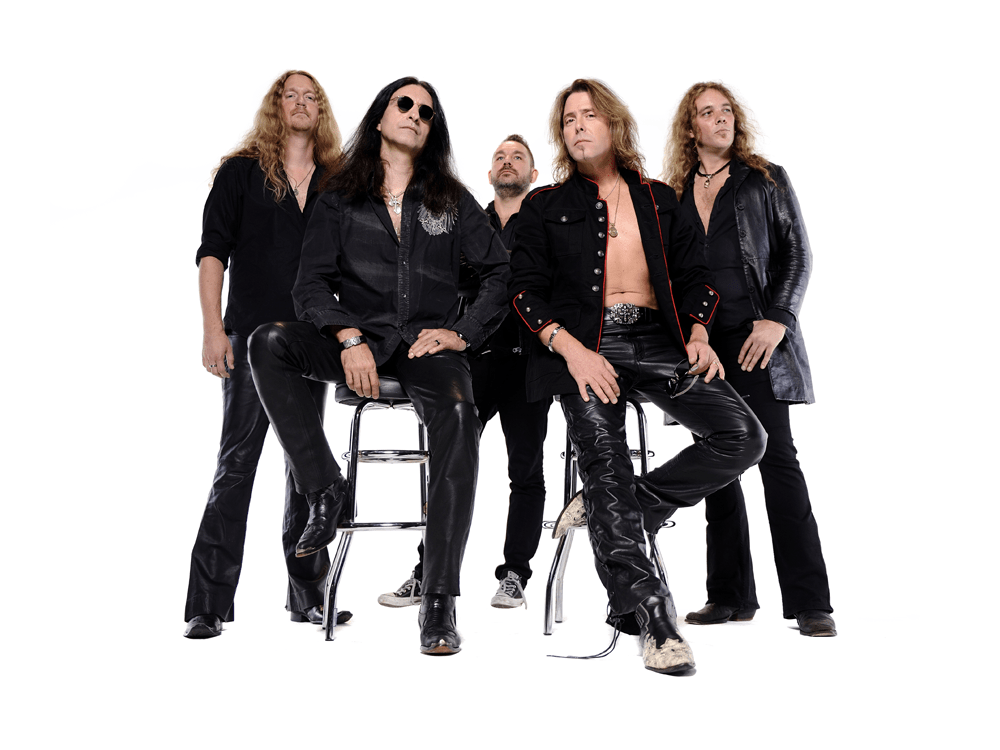 ROYAL HUNT is in a process of recording a new concept album, scheduled for release in 2020 (Japan / SE Asia – KING Records, rest of the world – TBA). As usual, most of the production activities were moved into NorthPoint Studio while mix/mastering facilities will be appointed later. The band hints monumental conceptual offering, which supposed to expand their familiar yet constantly evolving soundscape into previously uncharted territories. With their 15th studio release, ROYAL HUNT’s dead-set to deliver a masterpiece, which should once again rise the bar for modern progressive hard rock genre.

André Andersen: “The next Royal Hunt album is in the works and – while most of it is still in a state of a “sort-of-controlled- chaos” – I´d say it´s probably our biggest production to date… the amount of tracks is simply staggering. Yes, it´s a concept album and yes, there´re some special guests on it and yes – already on this demo stage – this thing sounds huge (even by our standards). So fear not: we´re still around and we´re rocking just as hard – if not harder – as we usually do.”

Add André Andersen to your playlists:

Modern classic rock outfit N’Tribe are proud to announce release date for their first EP – “Root´n´ Branch”: April 19th (NorthPoint Productions). Tracklisting: Staring Down the Barrel ⋆ Down On My Knees ⋆ What Goes Around Comes Around ⋆ Paint It Black.

N´Tribe (yes, short for the Nordic Tribe) is a living & kicking proof that rock is not dead. This new band´s been founded in 2018 by three highly esteemed professionals – André Andersen, Jonas Larsen, Henrik Brockmann – initially bonded through their original band Royal Hunt; all participated in numerous bands/projects, all received various accolades from the industry, sold tons of albums and toured the world countless times.

Message from the band: “We´re very proud to be able to announce April 19th as the release date for our first EP – “Root´n´ Branch”. Hope you´ll enjoy our take on “contemporary classic rock”, because if you will – we have a plethora of songs, just waiting for the chance to pound on your eardrums”. 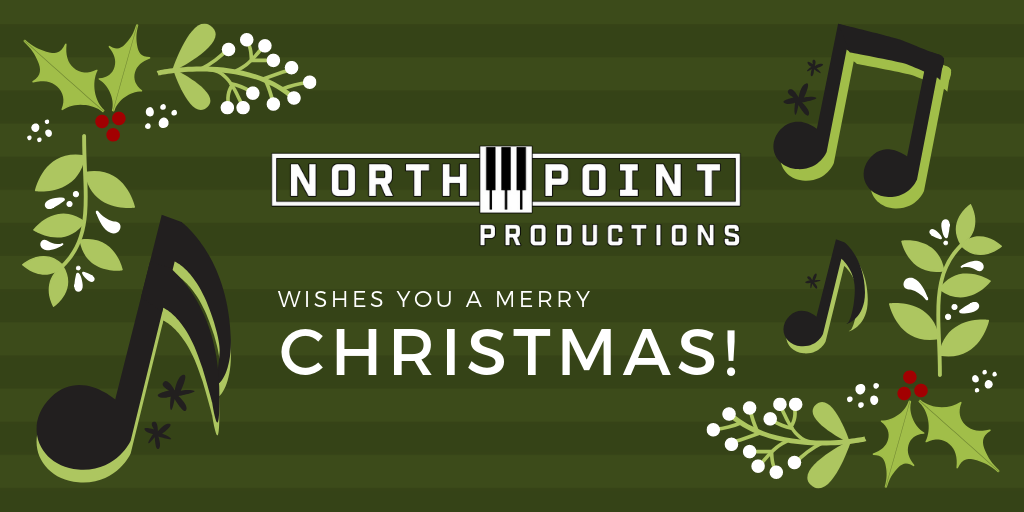 We would like to thank you for following our news and share some of the highlights of 2018 with you:

In 2018 we re-established our label, re-invented the general approach and kick-started several projects:

The latest Royal Hunt´s album ”Cast in Stone” campaign in the beginning of the year became a success; read more about the campaign´s recent updates . Album received huge worldwide appreciation.

Re-release of Royal Hunt’s debut album: “Land of Broken Hearts – Special Edition 2018” Read about “Land of Broken Hearts. Story” campaign here. During this campaign we re-discovered and re-stored some raw video footage which was shot all the way back in 1992 but never used: the band performing “Age Gone Wild” from their debut – https://youtu.be/qelPUK7uo_Y

We also issued a re-mastered version of “Clown in the Mirror” (Royal Hunt´s second album) on all digital download platforms https://royalhunt.com/clown-mirror-25/ Vinyl version is in the works.

Now in the end of the year we launched a brand new project within the niche of modern hard rock – N’Tribe (featuring André Andersen, Jonas Larsen and Henrik Brockmann) – https://youtu.be/lzpyXEiG6oE. Their debut single has just been released on digital download platforms and more material is in production right now. Read more about N’Tribe at ntribe.dk

But let’s get back to Christmas: if you’re still reading this post, you deserve a bonus. Use xmas30 for 30% off all Royal Hunt merch at royalhunt.com until january 2

⏩ We aslo have a Bonus for you! Download PDF Booklet for “Staring Down the Barrel” https://show.co/VqNiIqP

Watch a message from the band and a pre-view of the song: 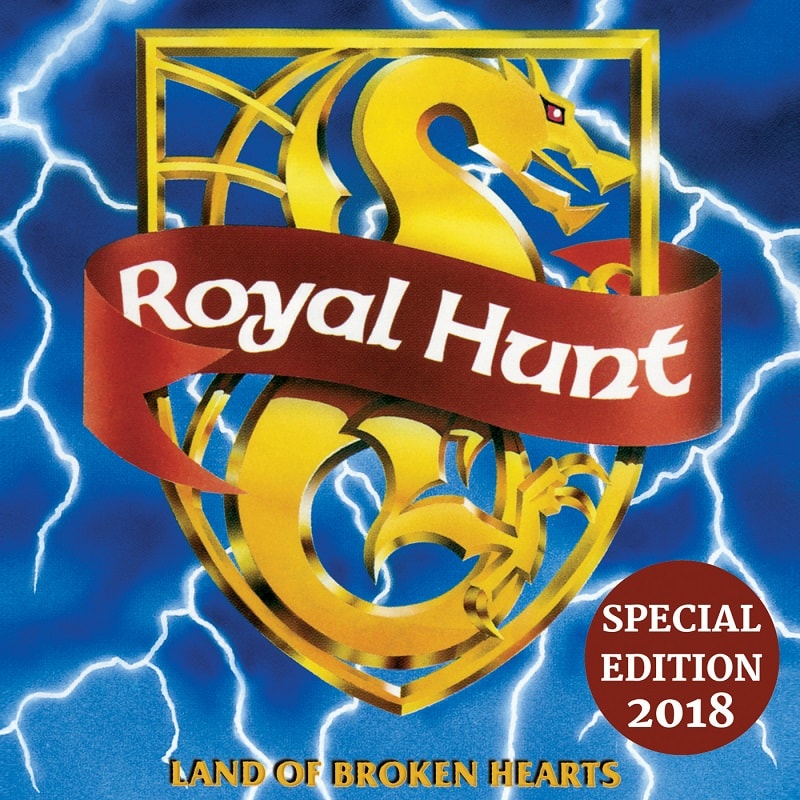 We are proud and excited to announce a worldwide release of the re-mastered version of Royal Hunt´s debut album – Land of Broken Hearts (Special Edition) which includes an extended booklet with rare pictures, “the making of” – story written by André Andersen, 4 bonus tracks and one previously unreleased song (recently restored/re-recorded). 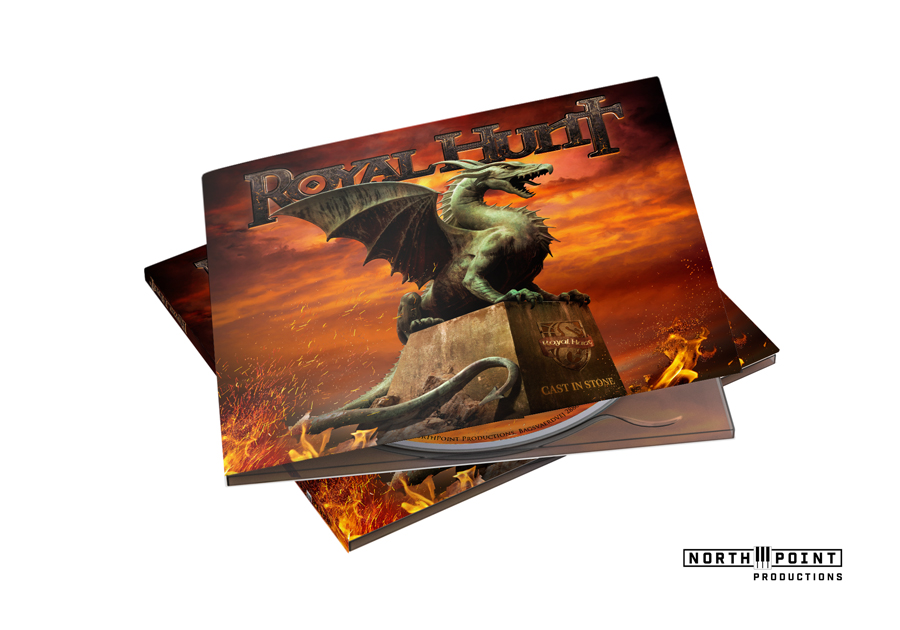 We are proud and excited to announce a worldwide release of ROYAL HUNT´s new studio album – “Cast in Stone” – on February 21st, 2018. Tracklisting: 1.FISTFUL OF MISERY 2.THE LAST SOUL ALIVE 3.SACRIFICE 4.THE WISHING WELL 5.CAST IN STONE 6.A MILLION WAYS TO DIE 7.REST IN PEACE 8.SAVE ME II.

Following the tradition after two successful DVD releases – “1996” and “2006” – it´s time for a third one: “2016”. Recorded with 9 HD cameras and top-notch audio equipment in Moscow´s “Izvestiya Hall” during the band´s last year´s world tour the video shows “all-fab-things-Royal”: high energy show in front of the enthusiastic crowd, excellent set list, the band in top form and a stunning stage production… add a stellar audio and this package, celebrating Royal Hunt´s 25th Anniversary, is any hard rock fan´s delight.

In celebration of the date a very special edition of “2016” is being offered – Deluxe Limited Edition MEDIABOOK – a 28-page book including 2 CDs and 1 DVD (or Blu-Ray Disc) + 1 extra DVD with video updates and more + extras.

Pre-order your copy of MEDIABOOK and get Your Access to video updates, discussion and shopping for individual items.

Check out the royalhunt.com/anniversary-25, watch the Video Trailer and get ready!